If you are a WordPress user and you don’t know Matt Mullenweg, then you need to read about him. Because this is the man behind the amazing platform you are using to reach the world.

Sometimes, we need motivation and learning from others. When we sit back and read what others have achieved and the things they went through, it can encourage us to be the best that we can be.

Who is Matt Mullenweg?

Matt Mullenweg is the founder of WordPress, the most popular CMS and blogging platform in the world. He is widely known as Matt. His full name is Matthew Charles Mullenweg.

Born on January 11, 1984, Matt co-founded WordPress at the age of at 19, while he was a freshman at the University of Houston.

WordPress is a successor to a blogging tool by the name b2/cafelog. b2/cafelog was developed by Michel Valdrighi who is now a contributing developer to WordPress.

In 2002 Michel Valdrighi stopped developing b2/cafelog. Then on January 2003, Matt Matt Mullenweg who was a user of b2/cafelog, wrote on his own blog that he is willing to create a fork of the project. Mike Little, an English developer, showed interest by commenting on the post.

Together they founded WordPress and were later joined by the creator of b2/cafelog, Michel Valdrighi.

In 2004, Matt dropped out of the University of Houston where he was majoring in Political Science to pursue a job at CNET Networks. He later resigned from CNET to focus fully on WordPress.

What is Matt up to?

He is the Founder and CEO of Automattic, one of the most influential companies in blogging and online business.

The products of Automattic includes:

WordPress.com: WordPress.com is an optimised blogging platform. People or businesses can start a blog or website for free. They have paid plans with more features.

WooCommerce: WooCommerce is the most popular and most used eCommerce platform in the world. Helping people and businesses create online shops and sell online for free. Paid extensions are available. Of course, WooCommerce makes use of WordPress.

Jetpack: Jetpack is one of the most popular WordPress plugins. It offers many services including backups, security, CDN, Sharing, Monitor and many more. It is the most packed WordPress plugin. Users can use it for free, but paid plans are available for more features.

WP Job Manager: WP Job Manager helps people create a Job board with WordPress. You can create a job board easily. It is free but paid extensions are available.

Gravatar: Gravatar provides globally unique avatars tied to users email address that appears anywhere on the net where they make a comment.

Automattic is valued at valued at US$3 billion and Matt’s net worth is estimated at $400 million.

Matt is a philanthropist and enjoys writing on his personal blog, ma.tt.

1. “I don’t have big ideas. I sometimes have small ideas, which seem to work out.”

2. “Do what you love and don’t focus on the money. Life is too short.”

3. “Technology is best when it brings people together.”

4. “I don’t care how someone lives or how good their spoken English is. I do all of my interviews on Skype text chat – all that matters is their work.”

6. “We focus on two things when hiring. First, find the best people you can in the world. And second, let them do their work. Just get out of their way.”

7. “If you’re not embarrassed when you ship your first version, you waited too long.”

8. “I do my best stuff midmorning and superlate at night, from 1 to 5 in the morning. Some people don’t need sleep. I actually do need sleep. I just sleep all the time. I’ll catch naps in the afternoon, or I’ll take a 20-minute snooze in the office – just all the time. Our business is 24 hours”

9. “In my home office, I have two large, 30-inch computer monitors – a Mac and a PC. They share the same mouse and keyboard, so I can type or copy and paste between them. I’ll typically do Web stuff on the Mac and e-mail and chat stuff on the PC.”

10. “In the morning, I have certain aspirations. One of my goals is to avoid looking at the computer or checking e-mail for at least an hour after I wake up. I also try to avoid alarm clocks as much as possible, because it’s just nice to wake up without one.”

11. “For me, it always comes back to the blogger, the author, the designer, the developer. You build software for that core individual person, and then smart organisations adopt it and dumb organisations die.”

13. “The more money Automattic makes, the more we invest into Free and Open Source software that belongs to everybody and services to make that software sing.”

14. “As the web becomes more and more of a part of our every day lives, it would be a horrible tragedy if it was locked up inside of companies and proprietary software.”

15. “Much of the lifeblood of blogs is search engines – more than half the traffic for most blogs.”

16. “It turns out that social networks drive a heck of a lot of traffic to blogs.”

17. “Money and salary is not a particularly good motivator in the long term.”

18. “It’s good to work for someone else. Because then you appreciate it more when you are an entrepreneur.”

20. I used to always prefer to text, and in fact got indignant when people called. This was totally irrational.

21. “I was raised Catholic, and I can get incredibly guilty about mistakes.”

22. “I am an optimist, and I believe that people are inherently good and that if you give everyone a voice and freedom of expression, the truth and the good will outweigh the bad.”

23. “In every aspect of life, I consider myself incredibly fortunate.”

25. “There are 100 million blogs in the world, and it’s part of my job as the co-founder of WordPress to help many more people start blogging.” 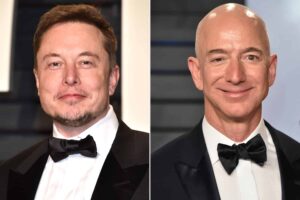 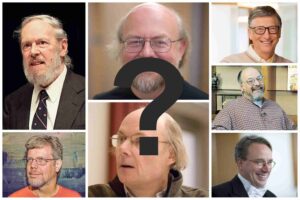 The world’s greatest programmers of all time