Mergers and acquisitions are terms commonly used in a similar context, thus they are abbreviated as M&A for short. Even though both concepts refer to the combination of two firms or companies, they are still very much different.

Generally, mergers and acquisitions (M&A) are simply the consolidations of companies. They are the two most commonly applied corporate strategies for restructuring and are aimed at achieving better synergies to improve productivity and output.

What is a Merger?

A merger occurs when two or more separate organizations come together and combine to create a single new enterprise. It simply is the consolidation of two or more businesses to form a new venture or enterprise. The agreement to merge is always mutual with both parties consenting to the merging.

Mergers are usually done to increase market share, increase generated revenues, and grow profit. Both parties involved are generally similar in overall capacity and work together synergistically, being equals in all regards. Thus, the combination is referred to as a “Merger of Equals”. When both CEO of the merging companies agrees upon joining together in the best interest of both companies, it is referred to as “A Purchase Deal” which is another form of merger, although similar in context.

Prior to a merger, both parties involved are required to put into writing all that is required in sales documentation and purchase agreements, recent annual reports, and relevant documents in line with the merger decision, employees divisions, and financial statements. Laws Governing Mergers may vary depending on the region or country.

When it comes to a merger, negotiations usually revolve around the number of shares both enterprises have in the new organization.

There is a proportional distribution of new shares between companies, which necessarily does not involve monetary transactions.

What is an acquisition?

An acquisition occurs when one company takes over another and becomes the new owner. In this situation, a financially dominant enterprise acquires the smaller or weaker enterprise. Acquisitions are usually done through amicable agreements or by a hostile takeover.

The lesser firm or company continues to operate under the statutes of the much bigger one. The acquirer company may decide to keep or let off the workers of the acquired company, depending on the terms of the agreement. However, in a hostile takeover, the case is usually different, as the acquiring company purchases the share of the major shareholders and wields all authority over the acquired company.

Acquisitions are usually done for the same reasons as mergers, which are to increase market share, improve profit and promote competitive advantage.

Prior to the acquisition of a company by another, the acquisition process is subjected to evaluation to check whether or not it is Constitutional and follows the laws of the land or region.

Both companies involved must provide clarity to the necessary authorities. This is done to provide a defense against hostile takeovers.

In an acquisition, a larger/bigger firm or company buys the other, which is usually the smaller or lesser enterprise. Acquisition negotiations revolve around the purchase price, and very often also involve huge cash amounts.

Differences Between Merger and Acquisition

While both merger and acquisition refer to the consolidation of two or more business enterprises for the sole purpose of attaining synergies, there are several substantial differences between the two;

A merger is simply a type of corporate strategy whereby two separate companies combine forces together to achieve a common objective or goal. Acquisition, on the other hand, is a corporate strategy in which one firm or company purchases another and takes control over it.

In a merger, a mutual decision is reached by the merging companies, thus mergers are considered friendly consolidations. While an acquisition is regarded as being either friendly or hostile.

When a merger occurs a new name is formed. This can be from the combination or merging of the names of both companies or simply creating a new title. While, when an acquisition occurs, the acquiring company’s name remains in use.

In a merger, one firm or company does not supersede the other or is superior while the other is inferior. However, in an acquisition, the acquiring company holds all authority and dictates the terms.

Key Differences Between Merger and Acquisition

In a merger, two or more individual firms/companies combine to form a new business enterprise. While, in an acquisition, one firm/company takes over the affairs and operations of another which is acquired.

In a merger, both parties involved are of similar prestige, size and operation. While, in an acquisition, the acquiring company is bigger and more financially buoyant than the target and lesser.

In a merger, there is the issuance of new shares by the merged companies. While, in an acquisition, new shares are not issued, as the acquiring company controls all the operations.

In a merger, a mutual agreement is reached between the parties involved. While, in an acquisition, the decision may or may not be mutual.

Thus, in some cases the acquiring company takes over the target company without mutual consent or agreement, a situation referred to as a “Hostile Takeover”.

Mergers and acquisitions occur for several reasons and on the grounds of terms and agreements. Although both are two different cases, they are often misunderstood as being the same, whereas they vary.

What one must bear in mind is that when a merger occurs, a new company emerges with a new or revised ideology and operation. For acquisition, the acquiring company retains the ideology, name, and as well rights, and authority to make decisions. 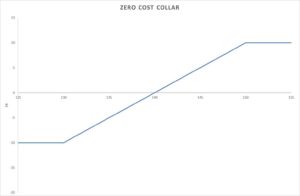 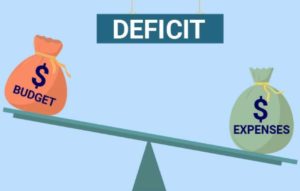 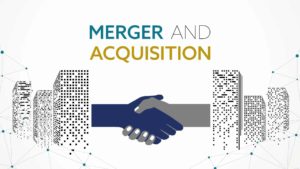 Differences Between Merger and Acquisition 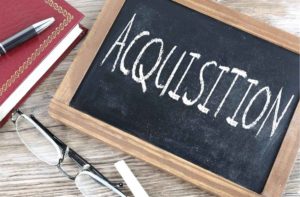 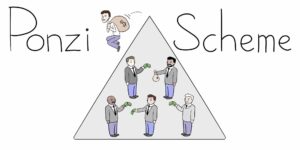 Ponzi schemes: How to identify and avoid 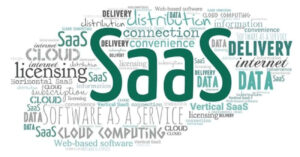