According to CB Insights, there are over 1000 unicorns around the world all valued at a whopping $3,638 billion. Out of this mass, the United States is home to about 40% of them.

Led by dogged entrepreneurs, these mega-companies are at the frontier of startups building disruptive technology that is changing the world at a rapid pace. Have you ever wondered where all the innovative solutions and digital trends like AI technology, space travel, advanced robotics, 5G connection, and so on come from? Read on, this article will clear your uncertainty.

What is a unicorn company?

CB insights define a unicorn company or startup as a private company with a valuation of over $1 billion. Backed by a host of private investors, business angels, and Venture capital firms, Unicorn companies are private startup companies with at least $1 billion and above in financial valuation.

One might think the occurrence of such a company would be rare, and that was the case as at 2013 when the term ‘unicorn company’ was first coined by Aileen Lee to refer to companies valued at $I billion or more. Just like finding a mythical Unicorn, such companies were scarce then but these days, a new unicorn pops up almost every two days around the globe.

Now unicorn companies in the United States are more popular than when the concept first originated and there are even more variations such as decacorns (private startups valued at $10 billion and above) and hectocorns (startups with over $100 billion valuation).

It’s been twenty years since its introduction to the entrepreneurial space and the company has evolved into a forerunner of both satellite travel and satellite internet communication. The space technology company has a long list of achievements to its name including the production of the first privately funded and developed spacecraft, orbital and propellant rockets, the falcon series.

The Unicorn Company has raised billions of dollars in funding from Investors like Founders fund, Rothenberg ventures, and many others.

Stripe Inc. is a financial services and secure payment processing company used primarily by eCommerce websites and mobile applications to ease financial transactions via its software.

Since its founding in 2009, the multi-billion dollar company has taken several giant growth strides in its industry with strategic expansion into markets like Africa, Europe, and Southeast Asia. Key investors include Sequoia Capital, thrive capital, general catalyst, founders fund, Andreessen Horowitz, Tiger global management, and a host of others.

Instacart is an American web-based grocery shopping and delivery service that allows customers to place orders for groceries from a range of participating retailers, via a mobile app and website.

Customers will get their shopping done in real-time by a personal shopper who will pick up the order, package it and deliver it to the customer within a pre-arranged timeframe.

Databricks is a software manufacturing company that creates and sells a cloud data platform and a number of other supportive cloud services. The company has raised $1.9 billion in funding from private investors like Andreessen Horowitz, Microsoft, Battery ventures, new enterprise associates, Capital G, and Franklin Templeton investment.

Founded in 1991 by Tim Sweeney, Epic Games is undoubtedly one of the top unicorn companies in the United States. Valued at over $31 billion as of April 2022, the tech giant has carved a name for itself in the gaming industry’s hall of fame.

Epic games specialize in the production of video games, and software development. Some of their investors include Tencent Holdings, smash ventures, and KKR.

This Florida-based unicorn specializes in the production and sales of sports merchandise, famous for its supply of licensed sportswear and equipment to national sporting leagues.

Fanatics Inc. has ties with over 1,080 product vendors such as Adidas, Air Jordan, Puma, Nike, Majestic, Under Armour, Reebok, and a host of other partnerships.

As of 2021, the company had acquired exclusive manufacturing rights for trading cards for MLB, NFLPA, and the national basketball association, to begin in 2026.

Chime is a U.S-based fintech company that offers virtual banking and financial services for account holders. Its operations are done through the Bancorp bank or Stride bank since Chime is technically not a bank.

The company disrupts traditional banking as we know it by providing no-fee banking services as well as other unique peculiarities such as fee-free overdrafts and minimum fee charged on transactions.

Their investors include Crosslink Capital, Forerunner Ventures, and Sequoia Capital.

Headquartered in Amsterdam and San Francisco, Miro is an American unicorn company that brings remote and hybrid teams to communicate and work together on its online platforms.

Some of their investors include Accel, Technology crossover ventures, ICONIQ Capital, salesforce ventures, AltarIR capital, Atlassian, and many others. Miro operates one of the highest-ranking websites in the U.S with thousands of monthly downloads of its applications.

Originally released as Hammer and Chisel Inc. and publicly changed to Discord Inc. in 2015. This American unicorn company provides a VoIP, digital messaging, and communication platform for users in form of private chats or digital communities called ‘servers’.

The company operates both mobile and web-based platforms. As of 2021, Discord reportedly has more than 150 million active users every month and a user database of over 350 million total subscribers across all its platforms.

Some key investors include Tencent Holdings, Benchmark, and Greylock Partners.

Gopuff is a private retail company that delivers food, household, and consumer goods on demand.

Located in both the United States and United kingdom, Gopuff‘s headquarters is in Philadelphia, Pennsylvania. Amongst the company’s notable achievements are a series of company acquisitions, a partnership with Uber Eats, and the provision of specialized services like GoBeer and GoBooze.

Developed by Ripple Labs. Inc. in 2012, Ripple is a financial service system that facilitates secure and instant payments around the globe via its remittance network.

Other services of this US-based unicorn company include real-time currency exchanger, financial tokens support structures, and so on.

Plaid hosts a technology-enabled platform that allows users to connect with their bank accounts, make cash transactions, and perform other banking services easily.

What this means for business users is that they would be able to incorporate banking and financial services on their digital platforms using plaid, without having to build the structures themselves. 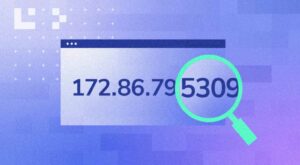