ReactJS developers are highly sought after and there’s a good reason for that. But you will have to prove your proficiency in the framework to get the job.

The following are frequently asked React development questions and their answers that you should be aware of. It includes everything from the basics to more advanced topics.

React is a free and open-source JavaScript library for user interface development, which uses components to create output for single-page applications. React was developed by Facebook (Meta) and is maintained by a developer community.

The most important features of React include:

3. Where is React’s project repository?

React is a mono-repository that lives at https://github.com/facebook/react. Being a mono-repository means that all its code and other sources are stored in the same place for easier development and management.

4. What is the current stable version of React?

5. State the differences between React Native and ReactJS

6. What is the difference between an Element and a Component?

A React element is a simple and immutable object created to represent a DOM node. Being immutable means it cannot be changed once it has been created, as it renders to the DOM. A React component, on the other hand, is mutable and produces JSX output once rendered.

7. How do you create a Component?

A React component undergoes the following 4 stages in its lifecycle:

9. Explain what a higher-order Component means

A higher-order component (HOC) is a React methodology for creating components. It uses an existing component to create a new one with extra functionality. In other words, a HOC is a function that takes a component as an argument and returns a new component with added features.

10. What are controlled and uncontrolled components?

Props in React is just a simple way of saying properties, and by that, you are referring to the properties of a component. Props are used to pass data from a parent component to one or more child components, and they are read-only to the child component.

The Props.children attribute contains information on all the contents of a component that has an opening and a closing tag. These children refer to all elements that are defined inside the current component, and can be one, many, or none.

13. Can you update props in React?

No, props in React are top-down and immutable. This means that a component can send any properties it likes to its children, but it cannot update its props. Only its parent can update its props.

JSX stands for JavaScript XML. It is a JavaScript syntax extension that makes it possible to write HTML inside react code. The browser does not understand JSX anyway, so React has to render it into readable HTML code.

15. What is the Difference Between A Component and An Element

An element is a stateless and immutable definition of a virtual DOM node. It contains both a type and property, but no methods like a component has. This lack of methods makes it fast.

A state in React refers to an in-built object in a component that is used to hold and manage information about that component. A state can change over time, and will thus trigger a re-rendering of that component. You have to define the state in the component’s constructor method, or else the component becomes stateless.

17. What is a stateless Component?

A stateless React component does not have a state. This means that you can neither set its state with this.setState() method nor have it rendered. A stateless component can have props though.

18. How do you update a state in React

You update a component’s state by calling its this.setState() method.

React’s strict mode is a tool that helps the developer discover potential problems in the application by activating deeper-level checks on components and highlighting more warnings. Strict mode is only available in development mode only.

20. What does Lifting State Up in React Mean?

You pass data in React using props and callbacks. React’s props are unidirectional, allowing properties to pass only from parent components to their children. To pass data from a child component to a parent, you have to use a callback function.

Flux is a unidirectional concept for directing the flow of data in an application. Being unidirectional means that data can only pass from parent to children components. Flux can also include multiple data stores per app.

Redux is a helpful open-source JavaScript library for managing complex states in an application. It is independent and can be used in other frameworks such as Angular. Unlike Flux, Redux centralizes an application’s state management, thereby making it easier to build complex UIs.

24. When Should You Use Redux?

Not all apps need Redux. But it is helpful in the following conditions:

25. What’s the Major Difference between Redux and Flux?

The major difference between the two is that Redux manages all application data from a single store, while you can have multiple stores under Flux.

There are 4 major parts of Redux:

React hooks are a feature of function components that allow you access to different React features, such as state data and rendering updates. It was introduced in React 16.8.

There are 15+ hooks in React, starting from the basic hooks like useState, useEffect, and useContext to additional hooks like useCallback, useReducer, useMemo, useRef, and so on.

A React fragment is a convenient way to group multiple child elements in a component, without adding them to the DOM. You simply define the tag using:

and load all the child elements you want inside. The only difference is that the short-hand version <> does not accept keys and attributes, while the long version does.

They are the createPortal() for rendering children into an external DOM and the flushSync() for flushing updates. There are also the render() and hydrate() methods, which have been replaced by createRoot() and hydrateRoot() since React 18.

Keys are unique identifiers that are best used to manage lists. Keys make it easy to identify the individual items in a list and to know when each item has been updated, deleted, or changed in any way.

32. Why are React Keys Important?

Keys are important in React because it helps in the efficient rendering of the real DOM. React is good because it tries to minimize which components it re-renders after an event, and using keys on a list prevents React from having to re-render entire lists, which can be a problem with large lists.

An event is any action in an app that comes from either the user or the system. An event can range from a mouse click or tap on mobile devices to a window resize, key press, drag, focus, and so on.

Webpack is a module bundling system used to combine and minify JavaScript and CSS files. It is built on Node.js and is helpful when working with a large number of files or non-code assets like images and fonts.

Create-react-app is a tool that helps you to create a single-page React application in your Node.js environment. It generates all the files and folders that you need to start a basic app and you take it from there. It requires Node version 14.0.0 upwards and npm from ver. 5.6.

37. Can You Render Server Side with React?

Yes, you can, although it can get resource intensive for large projects. Server-side rendering is helpful as it improves user experience and SEO. You will need a Node.js environment, a bundler like Webpack, and a framework like Next.js and Remix to render React apps at runtime. A solution to the intensive resource usage is to use a static site generator, such as the Next.js-based Gatsby.

38. Explain What An Arrow Function Does

An arrow function is simply a shorter way of defining functions. It is an ES6 shorthand that replaces:

return “This is a test”;

return “This is a Test”;

or for single-line statements:

React router is a library that provides routing functionality in a React app. It makes it easy to include and use rich navigational components, which can be very helpful for large or complex projects.

40. What Are the Main Advantages of using React Router?

It creates different url paths for your app and provides window.location values and a history object.

This is a component method that gets called whenever React is about to destroy the component. It is a nice place to clean up stuff, clear timers, cancel network requests, and handle other important deinitialization issues.

React’s virtual DOM is a lightweight copy of the actual HTML document’s DOM. It is used for efficient management and update of changes on the real DOM.

44. What are the Advantages of Virtual DOM over Real DOM?

45. Explain the term Reconciliation in React

Reconciliation is React’s method of updating the real DOM only when necessary, by checking updated versions of the virtual DOM through diffing and only updating the exact nodes that changed on the real DOM.

46. Explain the term Profiler in React

Profiler is a React tool that helps to optimize an app by measuring how many times an application renders and how long it takes each component to render. This helps the developer to identify parts of the application that may need optimization.

47. Explain the term Context in React

Context is a method of passing data between React components at many levels without having to pass the data through each nesting level using props. It is best used for easy data sharing with many components that do not need constant updates, such as theme information and user data. Its downside is that it can make component reuse difficult.

48. Explain the term Mounting in React

Mounting in React is the process of attaching a component as a node to the DOM. Un-mounting is the opposite.

49. Explain the term Rendering in React

Rendering is the process of drawing a component. It usually occurs when the component’s state changes and React has to redraw the UI. If a component is redrawn during rendering, then its child components get redrawn as well.

Error boundary refers to a React component that catches the JavaScript errors from its child components, logs the errors, and displays a fallback UI in place of the nodes that crashed. Error boundaries were introduced in React 16.

We have reached the end of this list of the top 50 must-know React interview questions and you should hopefully have a good idea of what you can expect by now.

You should also note that nothing stays the same and your interview can take any direction Therefore, you should keep studying and stay up to date. 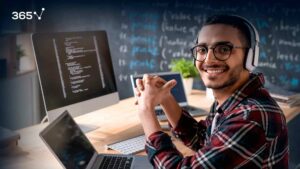 How To Become A Data Scientist 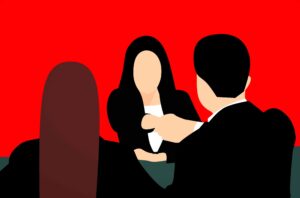 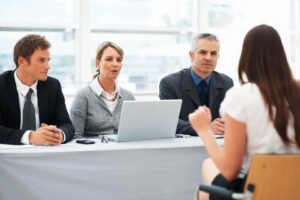 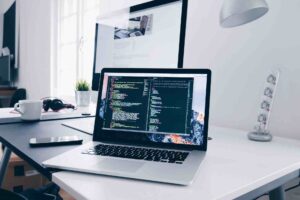 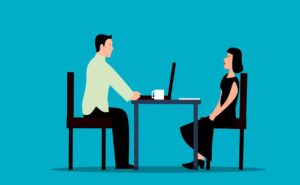 20 Companies That Will Pay You to Work From Home